The FAB! Knight New Work Award was established to fund the creation of new, innovative visual and performing art works of the highest artistic merit to be presented in our community. These awards have been a catalyst to Broward County’s cultural presenters to innovate, to invest in the professional development of their creative personnel, to purchase necessary equipment, to collaborate with guest artists, and more. Funding Arts Broward was honored to be the recipient of one of these prestigious and highly competitive awards.  With the help of a $150,000 matching grant from the John S. and James L. Knight Foundation, $50,000 a year for three years, Funding Arts Broward was proud to be able to put greater resources in the hands of artistic leaders in Broward County and raise the bar for creative production in South Florida.

Individuals selected from the tri-county arts community were invited to serve as independent jurors.  After detailed review of the grant applications and much discussion the jurors selected the winners.  FAB! was both proud and delighted to play an integral role in the presentation of eight outstanding new artistic works to Broward County as a result of the FAB! Knight New Work Award. 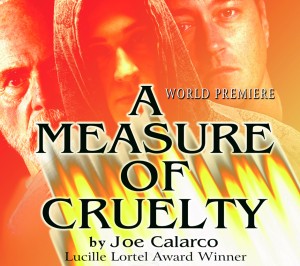 Mosaic Theatre presented its first World Premiere production, bringing to the stage A Measure of Cruelty by acclaimed author Joe Calarco, a production made possible by a $20,000 grant from Funding Arts Broward/Knight New Work Award. Mosaic Theatre commissioned the award-winning author to write this play in 2011, and A Measure of Cruelty played for twenty performances (April 19 through May 13). A recipient of the Lucille Lortel Award for Shakespeare’s R&J, author Joe Calarco is also a Helen Hayes Award-winning director, currently serving as an Artistic Associate at Signature Theatre in Arlington.

A Measure of Cruelty tells the story of a peaceful South Florida neighborhood rocked by headlines, and a local bar owner struggling to keep the peace with his son. But as a storm grows ever closer, the men are forced to come to terms with each other and their long-guarded secrets. Carbonell Award-winning director Richard Jay Simon staged this exciting new play with a creative team that included resident set designer Douglas Grinn, lighting designer John Hall, sound designer Matt Corey (2011 Carbonell Award Winner), resident costume designer K. Blair Brown, production stage manager Linda Harris and graphics/photography by George Schiavone.

The U.S. premiere of a first-of-its-kind exhibition, made possible in part by a $50,000 award, featured hundreds of images of vernacular photography found online by artists John D. Monteith and Oliver Wasow. From the bizarre to the sublime, these anonymously sourced amateur photographs provided a fascinating view of American culture through the new frontier of social media.

Artist Unknown/The Free World was born of countless hours of online conversations between Wasow and Monteith. It reflects a new, emerging genre in contemporary visual culture and the artists’ recognition that in a digital environment the artist’s practice is increasingly migrating from the confines of the studio to the image-rich landscape of the World Wide Web.

More than 150 local filmmakers produced short documentary films that captured their experience of life in Broward County, for Movies of Our Lives, the Broward County Film Society’s project funded by a $20,000 FAB/Knight New Work Award. Approximately 400 attendees viewed the films in April 2012 when screened at Cinema Paradiso in Fort Lauderdale. Many of the entries featured parks, beaches and waterways of the County. 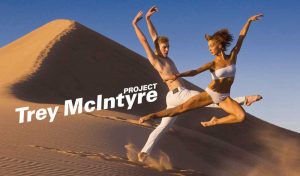 $50,000 was awarded to Broward Performing Arts Foundation for Inspiring Creativity: The Broward Center Presents Trey McIntyre Project. Trey McIntyre has twice been awarded a National Endowment for the Arts fellowship and performed in major dance venues worldwide. They are especially renowned for their unique method of creating dances with the participation of community leaders and residents. Designed to explore the role of creativity in the artistic process, the Idaho-based dance company enjoyed a week-long residency in Broward County, leading Master Classes at the Broward Center, at Pine Crest School and at Dreyfoos School of the Arts. Workshops were also held at Dave Thomas Education Center, Parkway Middle School and at Florida Atlantic University. A symposium on Creative Placemaking took place at the Museum of Art Fort Lauderdale, and an opening night showcase by student participants took place in the Broward Center lobby during performances by Trey McIntyre Project on April 26 and 27, 2013.

A $45,000 FAB/Knight New Work Award allowed Grammy-nominated Seraphic Fire vocal ensemble to commission composer Gregory Spears to create an original completion for Mozart’s famously unfinished 1791 Requiem. Seraphic Fire’s more than 20 ensemble vocalists from all over the country joined members of Firebird Chamber Orchestra to perform this work which was performed nine times in November 2013, to audiences totaling more than 1,500. Seraphic Fire hosted members of The Girl Choir of South Florida and Florida’s Singing Sons Boychoir at an educational talk detailing the history of Mozart’s Requiem: how Mozart came to leave it unfinished, his widow’s search to find a composer to finish the commission, and how the legend of this piece lives on in contemporary classical music culture. Gregory Spears, the young American composer commissioned with a contemporary completion, also spoke about his approach to the work and his musical inspirations. Following this illuminating discussion, the members of the youth choirs were invited to ask questions, stay for the final dress rehearsal of the performance, and also speak to the professional musicians of Seraphic Fire and the Firebird Chamber Orchestra.

The Art and Culture Center of Hollywood – Dave Muller: Too Old to Rock ‘n Roll with Three Day Weekend 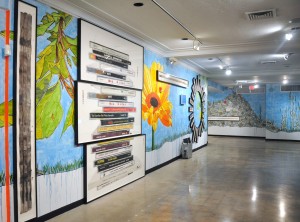 The Art and Culture Center of Hollywood was awarded $20,000 to present the exhibition Dave Muller: Too Old to Rock ‘n Roll with Three Day Weekend. Dave Muller is a Los Angeles-based artist whose multi-disciplinary works are inspired by personal music collections and “top ten” lists. The events associated with the exhibition enlisted the public’s participation as they shared their own relationships with popular music. ACCH Curator of Exhibitions Jane Hart described Muller’s work as “a visual analog for a DJ’s playlist. His approach to music is as a living entity, like an ecological phenomenon.“   The exhibition opened in November of 2014 and remained on view through January of 2015 to coincide with ArtBasel/Miami Beach.

Museum of Art | Fort Lauderdale received $20,000  for this project, which launched a new series of artist residencies that provided artists with essential time and resources to further their work and apply their creativity to social issues. In its inaugural program, the museum invited South Florida artists Rick Ulysse, Tom Scicluna,  Natasha Lopez de Victoria, Augustina Woodgate, and Antonia Wright, to use the museum’s second floor gallery as studios to develop new projects addressing issues of homelessness and belonging. Works produced during the residency were on view to the public from June 1-September 14, 2014. Participating artists also lead art workshops with the Broward Partnership, which operates the Central Homeless Assistance Center, a local shelter for the Homeless. The artists-in-residence had access to leaders in the field of art therapy and social services in the community and through Nova Southeastern University’s interdisciplinary programs. During the last month of the exhibition, works made by individuals at the shelter were also included in the exhibition, along with a documentary of the workshops and personal stories of shelter participants. This project and its various components engaged South Florida artists directly, as social activists, with the divisive issue of homelessness in Broward County. It also launched an innovative program that helped others understand some of the ways that art can create a “sense of belonging.”

A special thank you to our FAB! Knight Funding Partners

About the John S. and James L. Knight Foundation